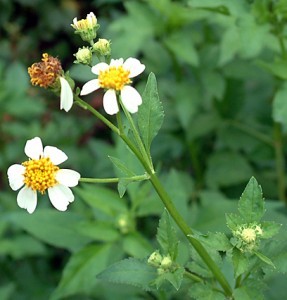 Spanish needle scientifically known as Bidens pilosa is a species of flowering plant belonging to the Asteraceae family, native to the Americas. This plant is considered a medicinal herb and has many health benefits. Spanish needles have been used in traditional medicine for infections from wounds, upper respiratory tract infections like colds and flu, urinary tract infections as well as venereal diseases. The leaves, seeds and roots of Spanish needles have also been reported to possess antibacterial, anti-inflammatory, anti-microbial, anti-malarial, diuretic, as well as hypotensive properties. The annual plant grows to about 2 meters in height and grows aggressively, often times becoming weedy.

The Spanish Needle’s leaves are oppositely arranged and the plant may flower at any time of the year. The plant grows freely in Jamaica and is also known by names such as Black Jack, Needle Grass, Broomstick, Beggars Tick and Demon Spike Grass.

Spanish Needle for its diuretic and antimalarial properties makes it a treatment for malaria in certain cultures. Due to the plant’s antiseptic properties, plant extract may also be used as a natural mouthwash to combat odour causing germs along with sore gums and mouth. The herb is also beneficial in treating joint discomfort, swellings, colic, stomach ailments along with the cold and flu.

Some people call this plant teething bur and use it to soothe teething babies. In mouthwashes, it helps with sore gums and mouths. The juice of the fresh plant is also used on cuts, or as drops for earache or eye inflammations. The leaves, boiled and eaten like spinach, are said to be good for the bowels. They are often added to soup dishes such as callaloo. For colic or worms they prepare a mixed infusion of leaves and root.

The warmed juice of the fresh Spanish needle plant is used to treat earache and conjunctivitis, and also functions as a styptic on wounds. The roots and seeds of the plant serve the purpose of an agent that promotes menstrual discharge. It is also used as expectorant, stimulant and antispasmodic and is also used for the treatment of asthma. The fresh plant is considered as a potherb and is said to be the storage of ample vitamin C. ascodeafrica.com 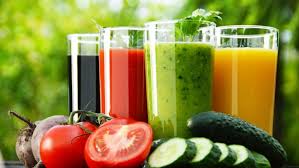 Method For Drinking Juice
It should not be gulped. It should be drunk slowly with a spoon by this… 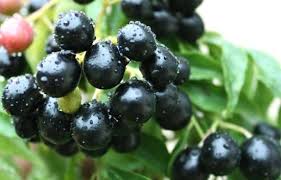 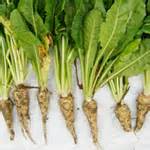 The Unbelievable Benefits Behind Chicory
Chicory Root is considered a fine liver, gallbladder and spleen tonic.  The herb is called…