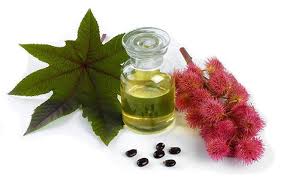 Let’s have a look what this powerful oil can do for us; the health benefits of castor oil include the following:

Rheumatism: The Ricinoleic Acid, Oleic Acid, Linoleic Acid and other fatty acids found in castor oil are very effective in the treatment of rheumatism, arthritis, and gout. They easily penetrate through the skin. Castor Oil is many a times mixed with other medicines for rheumatism to facilitate their penetration and to enhance the effects.

Birth Control: Castor Oil contains a toxin called Ricin (a protein) which, if administered in very low dosages, acts as a germicidal substance. Due to this property, it is also used as a spermicide in spermicidal gels, and lotions. If administered to pregnant women in higher dosages, it may also cause abortions. However, this second mode of birth control can be fatal for the mother too and is never recommended

Menstrual Disorders: Ricinoleic acid, present in castor oil, is an emmenagogue by nature and helps open menstruation in cases of delayed, painful, or obstructed menstruation. It also helps to relieve pain during menstruation.

Skin Care: Castor oil contains Undecylenic Acid which, due to its germicidal and disinfectant properties, is useful for treating skin diseases and skin ulcers, particularly those which are caused due to bacterial or fungal infections.

Constipation: Castor oil is most widely used as a laxative (better to call it a purgative). It is thus a very effective treatment for extreme cases of constipation where bulk laxatives do not work.

Lactation: Most of the substances which are considered emmenagogues are also galactagogues by nature, meaning that they stimulate the secretion of milk.  Castor oil also does this. Apart from easing and enhancing milk flow, it also increases the quantity of milk due to the presence of fatty acids in the oil. However, its cold-compressed form only should be taken in low doses to avoid any adverse effects on the infant.

Keep Your Health With Bell peppers
A wonderful combination of tangy taste and crunchy texture, sweet bell peppers are the Christmas… 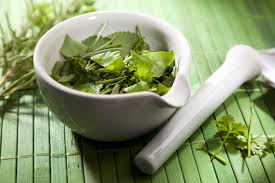 Benefits Of Herbal Medicine
The benefits of botanical medicine may be subtle or dramatic, depending on the remedy used…

Be joyful in hope, patient in affliction, faithful in prayer.
Romans 12:12