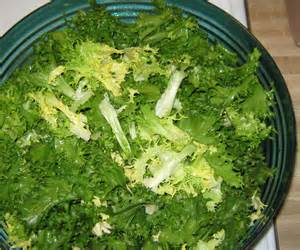 Chicory (Chihorium intybus) is an erect perennial herbaceous herb of the daisy family which is native to Europe, North Africa, and Asia. First recorded usage of Chicory was in ancient Egypt where it is believed that is offers health benefits for liver and gallbladder. Since then Chicory has been naturalized and cultivated for its edible leaves and roots in most mild temperate regions, in North America, Chicory can be found alongside roads, fencerows and gardens.

Chicory is a woody plant that can grow to about 10 to 100 cm tall. Chicory has long, deep taproot that is milky inside. Chicory leaves are stalked, hairy, lanceolate and large, coarsely toothed, growing in clustered formation from plant base in spreading rosette while the upper leaves are small. Chicory flowers bloom in mid to late summer until the first frost.  Chicory flower heads are 2 to 4 centimeters wide, and usually bright blue, rarely white or pink.

Chicory are prized for its leaves, roots and buds which are edible.  Chicory leaves and buds (chicon) are used for salad and other meal preparation, while chicory roots are used as coffee substitute and additive. Chicory use in herbal medicine has a long history and some of its health benefits has recently been confirmed by science 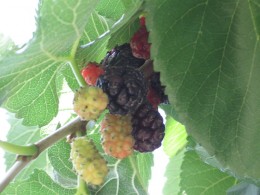 May the God of hope fill you with all joy and peace as you trust in him, so that you may overflow with hope by the power of the Holy Spirit.
Romans 15:13