Herbalism, also known as Phytotherapy, is the use of plants to treat common ailments and promote

wellness. It is the oldest form of medicinal healing known to man. 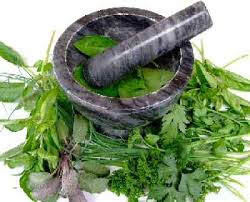 Although it is classified as an alternative therapy, it is the most widely practiced form of medicine used worldwide, with over 80% of the world’s population relying on herbs for health. Currently over 50% of all new pharmaceutical prescriptions contain at least one ingredient either produced directly from plants or discovered from plant sources and later synthesized. Herbalism is the ancient tradition of studying and using herbs for their healing properties. The term ‘herb’ refers to all plant parts, including the stems, leaves, fruit, flowers, roots, bark and seeds. Human beings have been harnessing the healing properties of herbs for thousands of years.

The history of herbalism

Humans have been using herbs in medicine for as far back as we can currently trace, across all continents, cultures and eras. Some experts even believe herbs were being used for medical purposes long before the first homo sapiens walked the earth. Archeologists working on sites in modern day Iraq found evidence to suggest that Neanderthals, a very early relative of modern man, were using a number of different herbs for medicinal purposes as long as 60,000 years ago. Even more astoundingly, according to some observations, the use of herbal medicine extends even further than man or his ancestors.

With the advent of exploration and travel, healing practices and medical knowledge soon began to spread across the world and between cultures. Information and practices were passed around both orally and via pharmacopeias, which are volumes listing medicines along with their uses and direction for application.

Traditional herbal medicines are still used in every country in the world to some degree. 70-95% of people in third world countries use traditional medicine practice, including Asia, Africa, the Middle East and Latin America. In many industrialized countries such as Canada, Italy, Germany and France, 70-90% of the population have used traditional medicine.

The global market for traditional remedies is thought to be around $83 billion a year.

Modern medicine: Modern western medicine has its routes in traditional herbalism. Almost a quarter of all modern drugs are derived from natural substances. The difference is that now certain chemicals are isolated and extracted from the herb before being synthesized. Herbalists disagree with this extraction because they believe all of the elements within a plant are in balance- something that is important in the healing process.

Medical herbalism combines traditional healing techniques and ingredients with modern scientific research. It is monitored more carefully and considered more stringent than traditional herbalism.
Herbal Medicine: Herbal medicines are made from plants or plant extracts and come in many different forms, including:

Powders: these can be compressed into capsules or used loose.

You are always advised to consult your GP before taking a herbal remedy.

This article has 7 comments

Be wise in the way you act toward outsiders; make the most of every opportunity. Let your conversation be always full of grace, seasoned with salt, so that you may know how to answer everyone.
Colossians 4:5-6