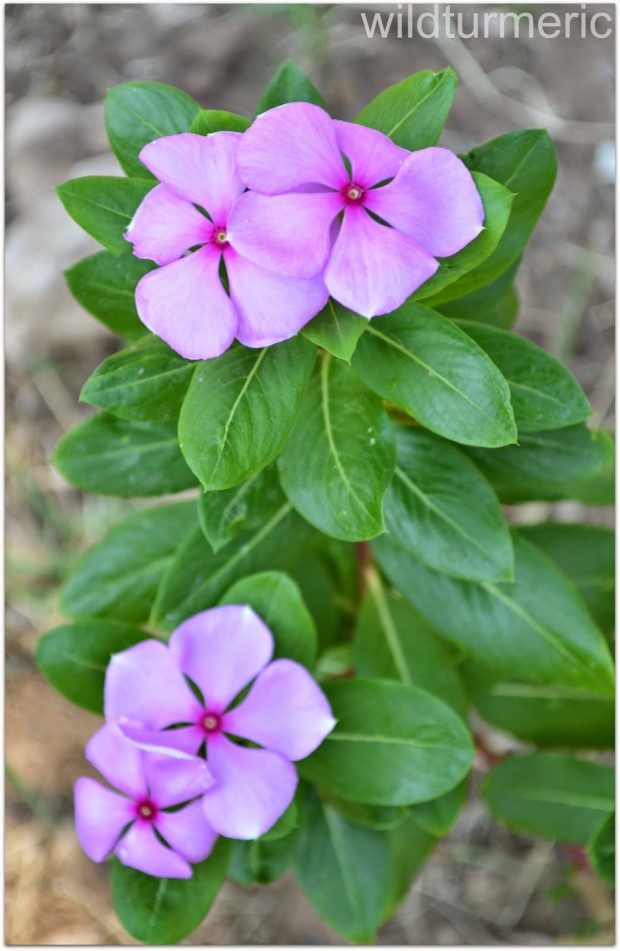 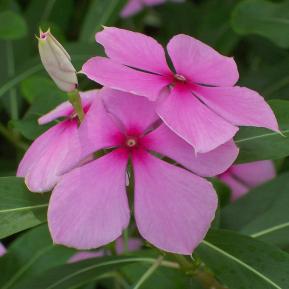 Periwinkle offers a lovely little flower, but it is the leaves and the seeds that are used in folk medicine. The leaves and seeds are rich in the chemical vincamine, an alkaloid that has positive effects on memory and has long been used to combat the effects of aging. In the body, it metabolizes into the brain chemical, vinpocetine.

Lesser Periwinkle or common periwinkle (vinca minor) is most often the species within the periwinkle family that is used for natural medicinal purposes. It is known as an astringent agent and as good for controlling excessive blood flow. In that last roll, it is used to treat wounds and to reduce menstrual flow.

Diabetes: However, periwinkle is best known as a natural remedy to help those with diabetes. Periwinkle is said to control swings in blood sugar. There is only limited data to support to this contention, though it has a long history of use behind it for that purpose as an herbal remedy.

Periwinkle is often and most safely taken as a tea. 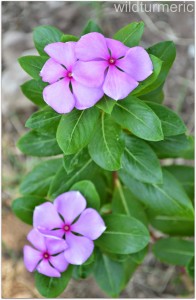 There is no recent clinical evidence to support specific doses of periwinkle herb. The pure alkaloids vincristine and vinblastine are used in cancer therapy at single weekly IV doses of 0.05 to 0.15 mg/kg and 0.1 to 0.2 mg/kg respectively.

Contraindications have not yet been identified.

Information regarding safety and efficacy in pregnancy and lactation is lacking. Avoid use.

Do not self-administer the plant periwinkle. Physicians will inform patients using pharmaceutical forms of periwinkle of possible adverse reactions.

Periwinkle is potentially toxic and has been known to cause acute dyspnea following anti-neoplastic treatment with the related alkaloids vindesine ( Eldisine )  and vinorelbine ( Navelbine ). .

The periwinkle plant has been reported to have caused poisonings in grazing animals.  Severe systemic adverse events are associated with the prolonged use of vincristine and vinblastine, and fatalities have been associated with the use of these alkaloids.

The related Vinca minor has been declared “unsafe” for human consumption by the FDA.

Although the plant is said to be native to the West Indies, it was first described in Madagascar. 1 The periwinkle is a perennial herb that grows to about 2 feet. 2 It is highly branched and develops a woody base. The flowers can bloom throughout the year, depending on the climate. These are often bred for their unique colors ranging from white to green-yellow and lavender. The seed pod dries, splits and releases numerous tiny seeds, of which there are about 350,000/lb. 1 Also referred to as Lochnera rosea Reich b., Vinca rosea L., and Ammocallis rosea Small. The related plant Vinca minor (common periwinkle, Myrtle) is used as a ground cover.

The plant was introduced in Europe during the mid-1700s during which time it was cultivated as an ornamental. Today it grows throughout much of the world and plantations have been established on most continents in the warmer climates. The plant has been widely used in tropical folk medicine. Decoctions of the plant have been used for maladies ranging from ocular inflammation, diabetes and hemorrhage to treating insect stings and cancers.

All parts of the plant contain alkaloids. By 1977, 73 unique alkaloids had been isolated and named, and today the number exceeds 100. The concentration of alkaloids varies with the part of the plant and the region of harvest. Roots collected in India have yielded up to 1.22% total alkaloids. The hypotensive alkaloids reserpine and alstonine have been isolated from the root in concentrations less than 0.03%. 1 The alkaloid designated ajmalicine, raubasine, 3 vinceine or vincaine appears to be structurally similar to yohimbine. The most well known of the “vinca” alkaloids derived from C. roseus are vinblastine (vincaleukoblastine, Velban ) 4 and vincristine (leurocristine, Oncovin ), 4 which are now widely used anti-neoplastic agents.

A number of pharmacological activities have been ascribed to the periwinkle plant.

Investigations by the Lilly company into the anti diabetic activity of the plant found no effect on blood sugar levels but uncovered the anti neoplastic effects of plant extracts. Vincristine and vinblastine bind to tubulin in cellular micro tubules, thus preventing polymerization, arresting cellular division and killing the cell. These drugs may also exert immunosuppressant activity and may interfere with other components of the cell cycle to induce cellular death. These drugs are used for the treatment of leukemia, Hodgkin’s disease, malignant lymphomas, neuroblastoma, Wilms tumor, Kaposi’s sarcoma and mycosis fungoides, among others. An extensive body of literature exists on the clinical uses of the various purified alkaloids of Catharanthus .

Catharanthine has demonstrated diuretic properties. 3 Ajmalicine may improve cerebral blood flow and has been used to treat high blood pressure when given in combination with rauwolfia alkaloids. 3

This pretty plant from Madagascar gives us two very important cancer-fighting medicines: vinblastine and vincristine. Vinblastine has helped increase the chance of surviving childhood leukemia from 10% to 95%, while vincristine is used to treat Hodgkin’s’ Disease.

Traditional Madagascan healers used the rosy periwinkle for treating diabetes. This led to its study by western scientists who then discovered its anti-cancer properties.

These medicines have proved very profitable for global drug companies. Worldwide sales are worth over £75 million a year, but virtually none of this money finds its way back to Madagascar, one of the poorest countries in the world.

Some pharmaceutical companies are trying to redress this imbalance by working closely with ethno-botanists and indigenous healers, and sharing profits more equitably.

There are also recent international agreements which have tried to ensure that more profits from the commercial development of animal and plant species return to the countries of origin.

One such agreement is the Convention on Biological Diversity which seeks the ‘fair and equitable sharing of the benefits from the use of genetic resources’, together with the conservation of biological diversity and the sustainable use of its components. 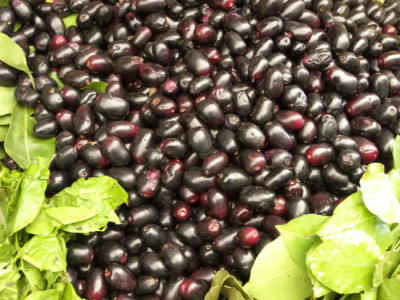 Incredible Health Benefits of the Jamun
With the onset of rains, come the much loved jamuns. Popularly known as the black… 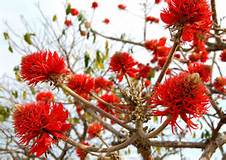 This article has 1 comments

Surely he took up our pain and bore our suffering, yet we considered him punished by God, stricken by him, and afflicted.
Isaiah 53:4